“On behalf of the National Italian American Foundation’s Board of Directors, we congratulate 12-Time MLB All-Star Michael Joseph Piazza on his election into the National Baseball Hall of Fame and Museum in Cooperstown, N.Y., that honors those who have excelled in playing, managing, and serving the sport. 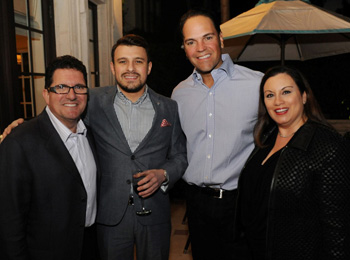 “Mike has been a longtime supporter and great friend to NIAF.  Over the last decade, he has attended the Foundation’s Anniversary Awards Galas in the nation’s capital, served as the 2012 Master of Ceremonies at our 37th Anniversary Gala, and spoke at conferences and seminars for young Italian Americans during Gala weekends. In 2014, Mike was chosen to light the Empire State Building in Red, White and Green to celebrate NIAF’s mission and educational programs across the country.

“We are extremely proud of Mike’s accomplishments as a major league catcher, most notably for the New York Mets and Los Angeles Dodgers. His career is distinguished by 12 All-Star selections, 10 Silver Slugger Awards and National League Rookie of the Year  honors in 1993. His 427 homers and his on base plus slugging percentage are the highest totals by any catcher in baseball history.

“We salute Mike as a distinguished Italian American, passionate sports athlete and inspirational role model for all of us to follow.