NIAF funds restoration projects through grants aimed to preserve Italian historical, cultural and educational artifacts that are significant to Italian and Italian American heritage. Most notably, NIAF gave $30,000 to restore the Chapel of the Holy Shroud’s ceiling frescos in 2016 and $100,000 to restore the statue of the first American Saint, Frances Xavier Cabrini, on top of the Duomo in Milan in 2015.

Chapel of the Holy Shroud in Turin

Chapel of the Holy Shroud’s Significance

The Chapel of the Holy Shroud (La Cappella della Sacra Sindone) is a Baroque-style Roman Catholic chapel that displays a replica of the Shroud in Turin (La Sindone di Torino), a religious relic believed by many to be the burial shroud of Jesus of Nazareth. The Chapel was designed by the architect Guarino Guarini and built at the end of the 17th century during the reign of Charles Emmanuel II, Duke of Savoy.

In the Chapel of the Holy Shroud’s crypt is the Shroud Museum, which has been identified as a cultural and ethical center of Turin. Since 1998, a full-sized detailed replica of the Shroud has been displayed in the chapel’s crypt as well as other artifacts collected by the Confraternity of the Holy Shroud and from the International Center of Sindonology (CIS). CIS has been following scientific research on the Shroud for over 50 years and is responsible for the scientific management of the exhibition center. The Shroud itself is encased in a golden casket in the Cathedral of St. John the Baptist (also known as the Turin Cathedral), which is located a half mile from the Chapel. The authentic Shroud has public viewings on special occasions. 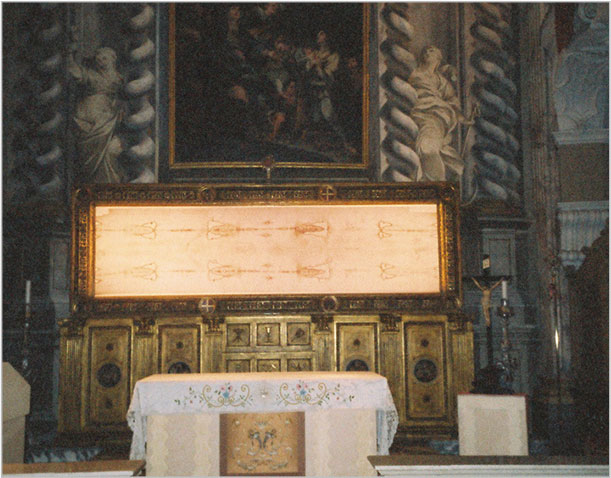 NIAF’s Donation to the Restoration of the Chapel

After many years of closure due to deterioration and a fire as well as a period of restoration, the Chapel of the Holy Shroud in Turin, Italy finally reopened on January 11, 2019. NIAF, with the support of its members and donors, contributed $30,000 (€27,000) to the chapel’s restoration project in 2016.

A NIAF delegation visited the chapel in June 2016 to check the condition of the 18th- century frescos by painters Piero Alzeri and Michele Antonio Milocco before they were restored. The restoration started in September of that year with the Venaria Reale Center of Conservation and Restoration managing the project. NIAF contributed to the restoration of the chapel because of its commitment to the preservation of Italian treasures. NIAF was aware of the devotion to the Shroud by all Italians and Italian Americans in the United States, and for this reason it moved forward in its support for the restoration of the chapel. According to NIAF Chairman Emeritus Joseph V. Del Raso, Esq., “Today more than ever, our projects are aimed at preserving Italian treasures, but this intervention has a special importance, as a symbol of our attachment to our Christian roots.”

Because of the restorations, the chapel can once again hold religious functions, but also intends to serve as a venue for Turin’s concerts, cultural programs and exhibits—aligning with an important pillar of NIAF’s mission.

CIS External Relations Director Paola Cappa wrote to NIAF, “All of this was made possible thanks to your support. You believed in the value and potential of our sacred building. We are happy to welcome the NIAF Board of Directors to visit the chapel when they have the next opportunity to travel to Italy. We look forward to further strengthening the bonds between CIS and NIAF in the future.”

Other organizations that contributed to the restoration of the chapel’s frescos include the CRT Foundation (€36,000) and the Compagnia di San Paolo (€30,000).

To learn more about NIAF’s contribution to the restoration and reopening of the Chapel, read a news release published by NIAF in January 2019. 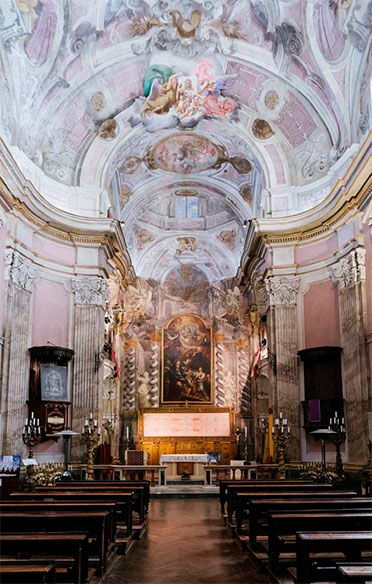 In June 2015, NIAF’s Board of Directors voted to create a special one-time NIAF Emanuele and Emilia Inglese Memorial Grant of $100,000 to restore the statue of Frances Xavier Cabrini, also known as Mother Cabrini, as part of the “Save the Saint” restoration project by the International Patrons of Duomo di Milano. The Mother Cabrini statue was one of the spires available for restoration and was chosen by NIAF as she was America’s first ordained saint. 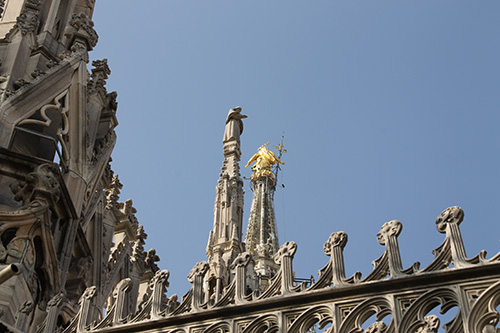 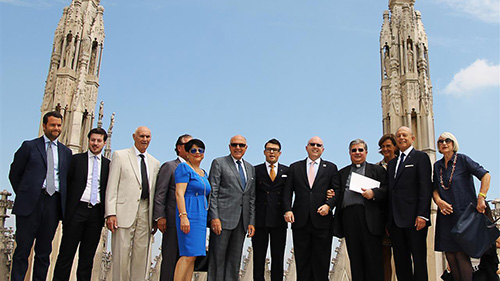 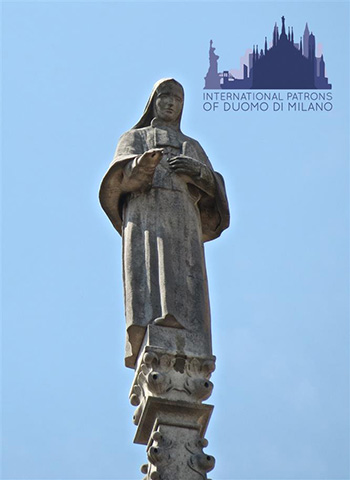 The Cathedral and the Restoration Project.

Established in 2014, NIAF collaborated with the International Patrons of Duomo di Milano is a charitable New York City-based organization, established in 2014 to raise awareness of the Duomo in Milan. Its mission is to collect donations to support the conservation, restoration, protection and valorization of the cathedral.

The Duomo was built over several hundred years and is adorned with 135 spires which adorn the external structure, making the Cathedral instantly recognizable for its very unique silhouette. Indeed the spires are perhaps the most peculiar and fragile architectural elements of the Duomo di Milano, each one adorned with a Saint or symbolic figure.

For instance, the first spire, which is located on the Northern flank of the Cathedral was completed in 1404 and is dedicated to Marco Carelli, a rich Milanese merchant who bequeathed his entire fortune to the Veneranda Fabbrica del Duomo di Milano.

Over the centuries chemical, physical, and biological agents have damaged the Duomo’s marble. Continuous restoration interventions are therefore necessary not only to preserve the spires, but the monument as a whole, which is almost entirely built in Canodglia marble.

Today, the marble workers operate in a laboratory where scientific research, technological innovation and tradition are woven together to find new and better ways to preserve the Cathedral. In 2014 alone, The Veneranda Fabbrica del Duomo di Milano opened 18 restoration sites for the Duomo, resulting in over 100,000 hours of restoration per year.

Mother Frances Cabrini arrived in New York in 1889 from Sant’ Angelo Lodigiano, in Italy’s Region of Lombardy. She worked with the Italian American community, cared for its orphans, and constructed schools and hospitals. In her lifetime, Mother Cabrini opened 67 social service agencies across the city as well as orphanages, missionaries, day schools, classes in religious education, a nursery, a hospital, and much more. Later she founded the Missionary Sisters of the Sacred Heart to aid Italian immigrants in New York. She became an American citizen in 1909 and the first American saint in 1946. Her statue was placed in the Duomo in 1956 in remembrance of her beatification. 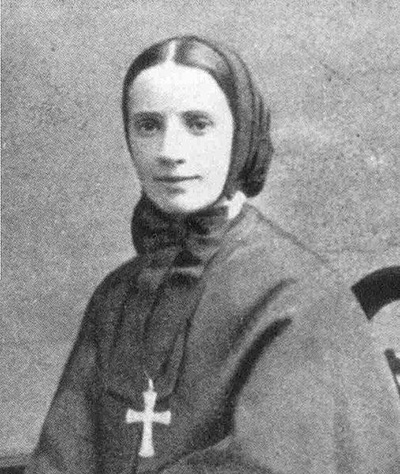