Giving Back to the Italian and Italian American Communities

When tragedies and natural disasters occur, NIAF is an immediate responder to fund relief efforts for those in need. Over the years, NIAF has collaborated with other Italian American organizations, the Embassy of Italy and the U.S. State Department to fund relief projects after the 2002, 2009, 2012 and 2016 earthquakes that struck Puglia, Abruzzo, Emilia Romagna and Umbria. In the wake of 9/11, NIAF raised money for the future education of 25 children of emergency personnel. In 2019, NIAF launched a campaign after the November flooding in Venice, the second-worst flooding in the city’s recorded history. Most recently, in response to the pandemic, NIAF launched a Coronavirus Relief page that has helped to address the critical situation in Italy, provided medical and safety guidance for Americans, and helped to ensure that the day-to-day business of NIAF moved forward. 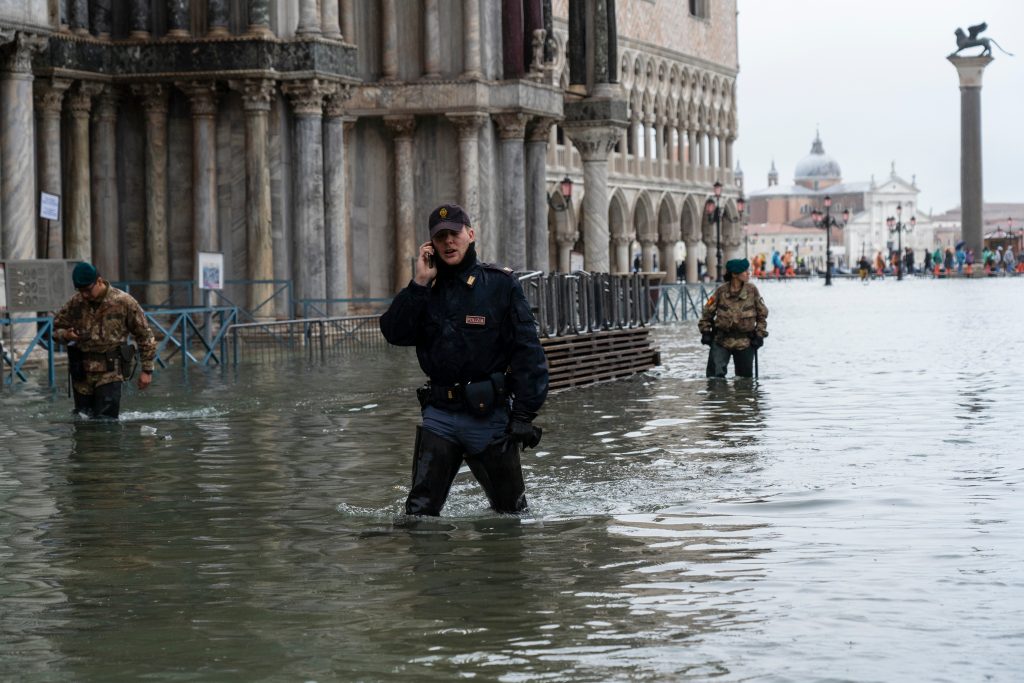 From November 12-17, 2019, Venice experienced the second worst flood in its recorded history. More than 85 percent of the city flooded causing immense damage to its cultural and historical heritage and to its homes and businesses. We in the Italian American community are tied in prayer and spirit with our Italian family members who are now frantically trying to salvage homes, businesses, archival documents, and historical and cultural artifacts.

As we did when earthquakes struck central Italy, we are currently working with Italy’s Ambassador to the United States, Armando Varricchio, the Italian Embassy, and now the city of Venice to identify projects to support. Our goal is to send direct aid both in the near and long-term future. We will continue to update you as we learn more about the potential of specific projects. 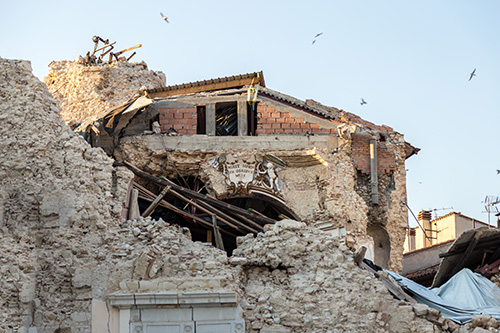 The first earthquake struck Central Italy on August 24, 2016, taking the lives of 297 Italian villagers and dislocating tens of thousands. On October 30, a second earthquake devastated Norcia’s ancient village, located in Umbria, including the medieval monastery of the Benedictine Order. In response, NIAF in collaboration with Italian American organizations gave $450,000 to fund the project and provide on-going support to the 5,000 residents of Norcia.

NIAF partnered with the Harvard Program in Refugee Trauma (HPRT) and the Italian National Trauma Center (INTC), an Italian nonprofit, to build and oversee the construction of the center. The building serves as Norcia’s primary school for after school activities as well as a local primary care center, where INTC and HPRT will use NIAF’s funding to provide on-going training, mentoring and support to the local medical community to care for those impacted by the disaster with an emphasis on youth, families, and the elderly.

“The Norcia community has suffered unimaginable trauma on account of the two tragic earthquakes in 2016,” said NIAF Chairman Patricia de Stacy Harrison. “In response, nearly 1,000 concerned Italian Americans in the United States donated to the NIAF Earthquake Relief Fund to help make a relief project of this measure possible. On behalf of NIAF, I would like to sincerely thank those donors, NIAF’s Board of Directors for their leadership, and HPRT and INTC for their dedication to helping the residents of Norcia rebuild their community.”

The community center has been the first project launched and completed since the earthquakes struck in 2016. The project was approved, and construction began in 2018. In February 2020, the community center was finished and had its inaugural ceremony. 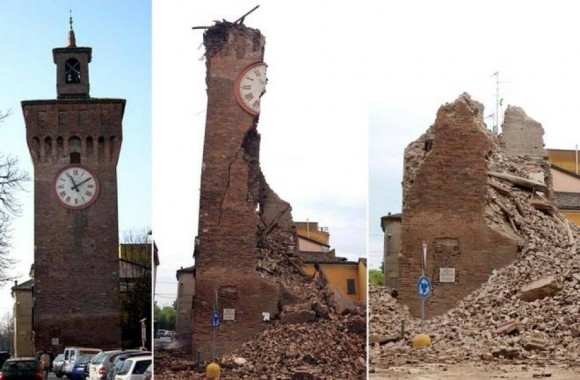 On May 20, 2012, a 6.0 magnitude earthquake struck the communities of Emilia Romagna.  The Italian American Relief responded by raising $250,000 to rebuild the Cooperativa Sociale Nazareno, located in the Villa Chierici of Santa Croce di Carpi in the province of Modena. The Cooperativa Sociale Nazareno serves as both an educational and rehabilitation center for 27 children with grave disabilities.

The Cooperativa Sociale Nazareno looks over nearly 200 children within the area that have physical and/or mental disabilities. The earthquake damaged the roof of the Cooperativa Sociale Nazareno’s rural residence, making it dangerous to use the facilities. Italian American Relief focused its efforts on restoring the roof so that the children were able to utilize the space once again. 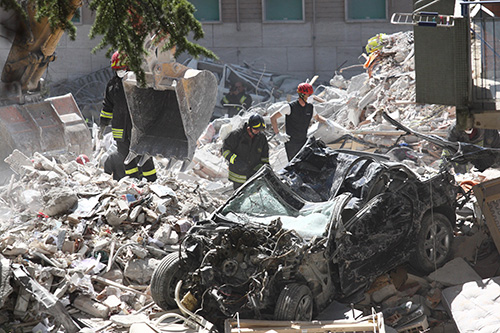 In April 2009, residents of Italy’s mountainous Abruzzo region were woken in the early morning hours by an earthquake that shook the very foundations of their lives. The magnitude 6.3 quake resulted in 308 deaths, more than 1,500 injured and the displacement of 65,000 people. At the University of L’Aquila, administration buildings and residence halls collapsed, with eight students dying in just one dormitory. The academic institution, home to 27,000 registered students before the quake, was ultimately forced to close its doors.

The NIAF/Abruzzo Relief Fund raised $1.8 million for relief efforts, while a public-private partnership between NIAF and the State Department helped bring 52 displaced University of L’Aquila students to the United States to continue their studies at American universities. NIAF was chosen by the U.S. State Department to lead this initiative, which was the first public/private partnership established by the Obama Administration. 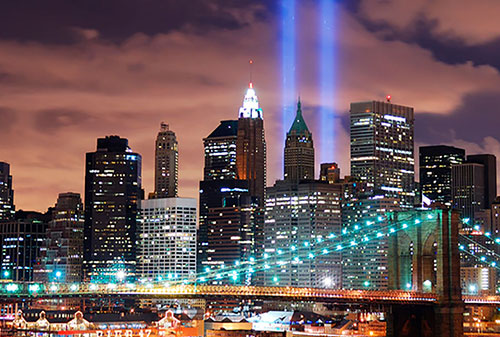 In 2001, two days following the September 11 terrorist attack in New York City where nearly 3,000 people lost their lives, the National Italian American Foundation established an educational fund for the children of the firefighters, police, emergency medical personnel and other rescue workers who perished on that day.

The fund was named in honor of New York Fire Department Chief Peter J. Ganci Jr., a 32-year veteran who died in the collapse of the Twin Towers in New York City. NIAF began the fund with a pledge of $250,000 and by October 20, 2001 at the 26th Anniversary Gala Awards Dinner, NIAF Chairman Frank J. Guarini announced an additional $2.5 million was donated from three banks in Italy. The fund was received by 25 children of emergency personnel who died on September 11. FDNY Chief Daniel Nigro worked closely with NIAF in efforts to fund the education of the children of these emergency personnel or “fallen heroes” as Chief Nigro had stated. Additionally, World Champion Formula One Race Car Drivers Michael Schumacher, Ivan Capelli, Max Biaggi, Giancarlo Fisichella, Gabriele Tarquini, and Riccardo Patrese competed in a game of soccer against the Fashion Designers All-Star Team to raise money for the victims of U.S. terrorist attacks. A portion of the funds raised was donated to NIAF’s educational fund.

How You Can Get Involved

You can help us support the Norcia community by donating to NIAF’s Earthquake Relief Fund. Visit https://www.italianamericanrelief.org or click the donate button to impact the lives of those affected by the natural disaster.