NIAF supports Columbus Day and opposes public campaigns that advocate for its elimination as a federal holiday.

As an organization devoted to the promotion and preservation of Italian American heritage, we support unequivocally maintaining Columbus Day’s status as a federal holiday. We believe that Christopher Columbus’ courageous voyage was the catalyst that initiated over 500 years of immigration to the Americas by people from every corner of the Earth— all of whom were seeking a better life for their families.

The original intent and spirit behind Columbus Day was to stoke pride for our young nation. The roots of the holiday can be traced back to the 18th century. After gaining independence, the United States searched for symbols that set its identity apart from that of Europe. The first reported Columbus Day celebration was held in New York City in October 1792, marking the tricentennial of Columbus’s voyage.

When Columbus Day was made a federal holiday in 1937, it quickly became a source of dignity and self-worth for Italian Americans and (more broadly) Catholics in light of the discrimination that these groups were facing. In fact, less than five decades before the holiday’s establishment, 11 Sicilian Americans were lynched in New Orleans, the largest recorded mass lynching in American history.

Additionally, NIAF condemns the removal, covering and vandalization of Columbus statues, paintings and other memorials.

NIAF feels strongly that as citizens, we should not attempt to deny America’s history, nor should we try to erase it altogether. Our nation provides ample opportunity to engage in reasonable debate in the public square regarding various aspects of historical figures’ legacies. NIAF does not blindly uphold any single figure as being representative of all things Italian American. All individuals are flawed, and all memorials to them represent just a snapshot of our history, now measured against 21st century sensibilities.

In our view, it is unfair to apply today’s political norms to a historical figure from over 500 years ago. If the practice of applying today’s political norms to our Founding Fathers was widely accepted, there would be a strong argument to denigrate some of the most important figures in American history. Many memorials to Franklin Roosevelt stand today, even though he oversaw large-scale Japanese American and Italian American internment during World War II. Despite this, we as an ethnic group are not demanding that his memorials be destroyed. Nor are we tearing down memorials to Theodore Roosevelt, who after the aforementioned 1891 New Orleans lynching, wrote that he thought the event was “a rather good thing”.

Opposition to Columbus Day has led to vandalism of Columbus memorials commemorating the explorer’s historic achievements. In 2017, a Christopher Columbus statue, believed to be the first of its kind erected in the United States, was vandalized in Baltimore. In 2018, there were also public calls to remove the iconic statue from New York City’s Columbus Circle. That same year, Italian Americans witnessed the Columbus statue in Yonkers, New York be unceremoniously decapitated. For a sizeable portion of the Italian American community, Christopher Columbus, as well Columbus Day, represents an opportunity to celebrate our collective contributions to the United States.

NIAF strongly condemns the defacing of historic memorials and expects elected officials and law enforcement to protect these public memorials from further damage so that a substantive dialogue on their place in modern society can be had.

We believe that Christopher Columbus properly represents the important values of risk and discovery that are at the heart of the American dream.

Furthermore, despite the growing popularity of Indigenous People’s Day as an alternative to Columbus Day, NIAF is not opposed to the establishment of such a holiday. Native Americans, like Italian Americans, should have every right to celebrate and educate others about their history and culture. However, we believe that to repeal Columbus Day as a federal holiday (which is celebrated by over 20 million Italian Americans) only to replace it by another holiday celebrated by another ethnic group, would be culturally insensitive.

NIAF remains a vigorous advocate for the continuation of Columbus Day as a federal holiday. While individuals seek to formally establish Indigenous People’s Day, we encourage this effort be undertaken with civility and respect for other group’s heritage and related memorials. NIAF’s view is that two such holidays can peacefully coexist without words of disparagement or physical acts of vandalism.

In 2020, NIAF gave $50,000 to establish the National Columbus Education Foundation (NCEF), whose mission is to conduct and distribute research, studies and analysis relating to Christopher Columbus.

NIAF along with the other four major national Italian American organizations came together to protect Columbus’ legacy in our nation’s history through NCEF, which intends to develop policy solutions and proposals to address the preservation of Columbus Day with an emphasis on correcting the false narrative surrounding the famed explorer. Resources are directed towards educating the general public to promote an active discussion to verify the great accomplishment of Christopher Columbus and why Columbus Day should be preserved. To access resources and learn of upcoming events, visit: www.knowcolumbus.org. 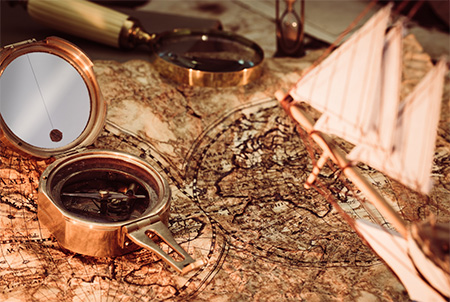 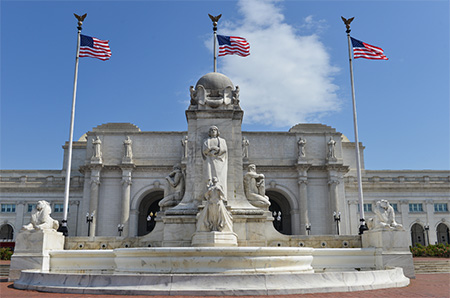