(Washington, D.C. – January 29, 2020) It is with a very heavy heart that I inform you about the death of NIAF Chair Gabriel A. Battista on Monday, January 27. Our NIAF family is so very saddened by this loss and I know you join me in prayers for Gabe and his family.

Information regarding the memorial service will be announced shortly. 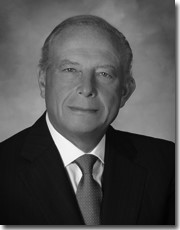 Gabriel Anthony Battista, aged 75, born to Antonio and Emma Battista, November 14, 1944, in Philadelphia, Pennsylvania, passed away at his home in McLean, Virginia on Monday, January 27, 2020.

Gabriel was the proud son of Italian immigrants and first-generation American. He hailed from a working-class family whose father worked for The Reading Railroad and whose mother worked outside the home. His family stressed the importance of a good education and realizing the American dream. He followed his brother and was one of the first in his family to attend college. He graduated from Villanova University, receiving a Bachelor’s in Electrical Engineering, and later received a Master’s in Electrical Engineering from Drexel University and a Master’s in Business Administration from Temple University. He completed his education by receiving his professional engineering degree from the University of Pennsylvania. In 2012, he was granted the title of Knight of the Order of Merit of the Italian Republic.

Gabe began his career at General Electric (GE) who fully funded his graduate education. Later he served as president of Sprint’s Eastern Group before joining Cable & Wireless, Inc. as president, becoming their CEO for North America. Gabe next became CEO of Network Solutions, where he led the company’s initial public offering on the NASDAQ. Following this he served as president, chairman, and CEO of Talk America for six years. In 2004 Ernst & Young named Gabriel Battista the Communications Entrepreneur of the Year for the Greater Washington Area.

In his retirement, Gabe turned his attention to strengthening relations between Italy and the United States, serving as co-chair of National Italian American Foundation and chairman of the Board of the American University in Rome. He also served on numerous boards. He was an avid sports fan, especially supportive of his hometown teams from Philadelphia and of course, his beloved Villanova Wildcats. He loved cooking, making pasta sauce, and spending time at the Jersey Shore. Gabe, referred to as Nonno by his grandchildren, enjoyed family dinners, and taking his grandchildren to the movies, shows and the beach.

The National Italian American Foundation (NIAF) is a non-profit, non-partisan organization dedicated to preserving, promoting and protecting the Italian American heritage and culture. To learn more about the Foundation and become a member, please visit www.niaf.org.