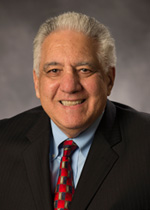 (WASHINGTON, D.C. – October 8, 2015)  Richard E. Caruso, Ph.D., founder and director of IntegraLifeSciences, a world leader in medical technology, will be honored at the National Italian American Foundation’s (NIAF) 40th Anniversary Awards Gala in Washington, D.C.  Caruso will receive the NIAF Special Achievement Award in Business and Health on October 17, 2015, at the Washington Marriott Wardman Park. The black-tie event begins with a 5:30 p.m. reception followed by dinner and an awards ceremony.

Caruso began his career with PriceWaterhouse & Co. in Philadelphia as a certified public accountant. He then joined LFC Financial Corporation and served as the company’s executive vice president and director. He founded a number of companies, including Integra LifeSciences in 1989. Caruso built Integra by acquiring unused technology from other companies to create a new branch of medicine known as regenerative medicine. He is also the founder and director of The Uncommon Individual Foundation, which encourages others to become entrepreneurs.

In 2000, Caruso was the recipient of the New Jersey Entrepreneurial Leadership Award in Biomaterial Science. He received the Ernest & Young and Kauffman Foundation sponsored Greater Philadelphia Entrepreneur of the Year Award for his work with Integra LifeSciences Corporation in 2006.

His book, “Mentoring in the Business Environment,” was published by Dartmouth Publishing Co. Ltd. in 1992. Caruso received a Bachelor of Science from Susquehanna University, a Master of Science in business analysis from Bucknell University, and a Ph.D. from the London School of Economics.