This year NIAF celebrated the tenth anniversary of its photo contest. We called for submissions that capture celebratory moments. In the Italian language, Tanti Auguri has versatile meanings. The phrase is commonly used to wish someone a happy birthday, best wishes, or congratulations. More than 100 amateur and professional photographers submitted to this year’s contest. NIAF is delighted to present the NIAF 2022 Photo Contest Winners:

This photo was taken in Venice of a lovely couple taking their engagement photo. Tourists, crossing the bridge, were completely oblivious to this milestone celebration in this couple’s life. The more frustrated their photographer became with everyone walking in front of him, the longer the glaze of love the couple held, completely unaware of his situation. I had to take the photo as it reminded me of our 38th wedding anniversary we were celebrating on this trip to Italy. … to be so young again! The photo was taken in April 2018.

This photo is of myself on June 3, 2022, the day I graduated from Montclair State University where I received a bachelor’s degree in language, business, and culture with a concentration in Italian! I feel that this photo captures the theme Tanti Auguri because I chose that instead of wearing the American tradition of a cap and gown, I would honor my Italian culture (and degree) by accepting my award while wearing a laurel wreath, as one does in Italian graduation ceremonies. 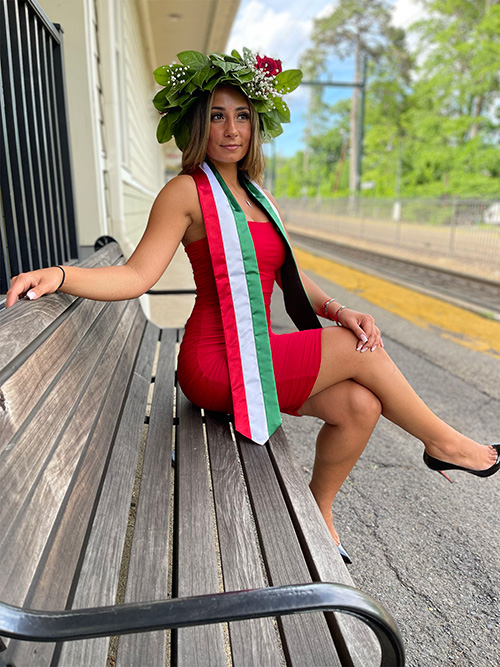 While studying abroad in Florence, I took a day trip to Cinque Terre. As I was sitting on the shore in Monterosso, I noticed this couple taking wedding pictures in the distance. I shot this after their photographer was walking to the next location, leaving them to share this moment together alone. As they walked along the beach, visitors from all over the world could be heard cheering and wishing this couple Tanti Auguri. 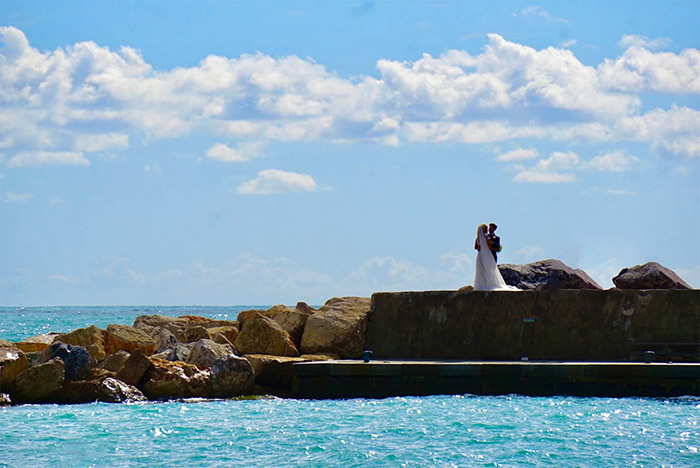 This photo is of my cousin, Alessia, and her husband, Lorenzo, on their wedding day this year: July 30, 2022. They married in the cathedral in Conversano (my parent’s hometown) in the province of Bari, Puglia. This is the same church her grandmother, my aunt, got married in 62 years ago. It is also the same church my father and mother married in 67 years ago. I believe this photo needs no explanation of how it illustrates Tanti Auguri. It speaks for itself … along with suggesting historical blessings. 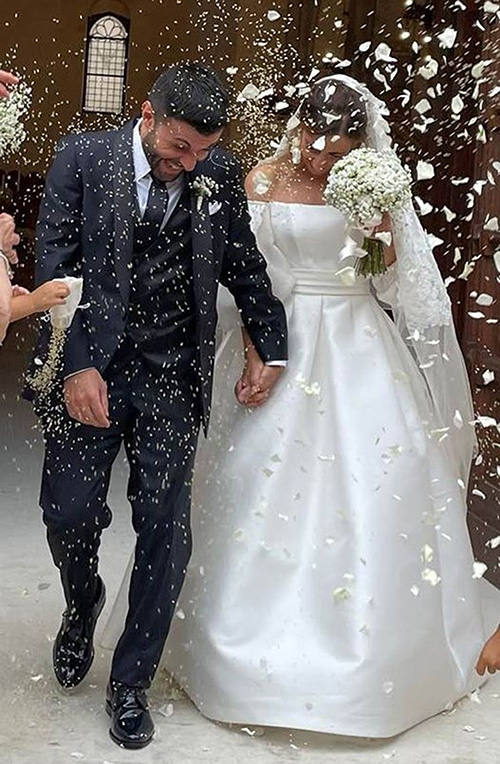 What is more joyous than a wedding in Puglia? If you’ve seen one, you know. They seem to happen every day. Each is festive with guests glamorously attired, unique touches outside the church like champagne and sweet treat wagons and, of course, decorated cars in lieu of limos that wouldn’t fit down those streets. As they leave the church, this bride’s raised hand waving her flowers seems to say, “we did it!”
Tanti auguri agli sposi! 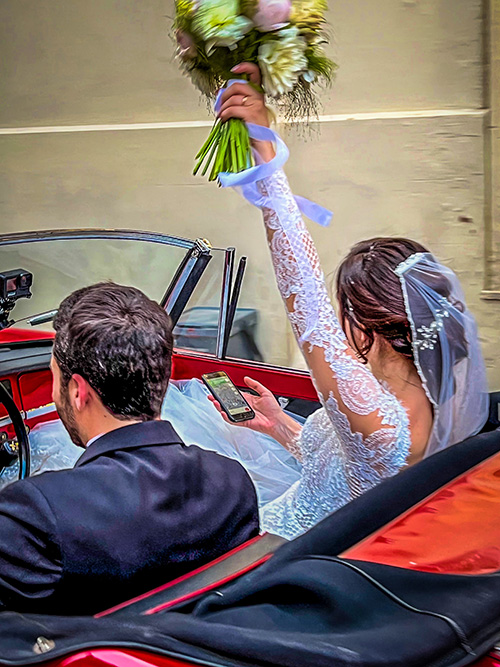