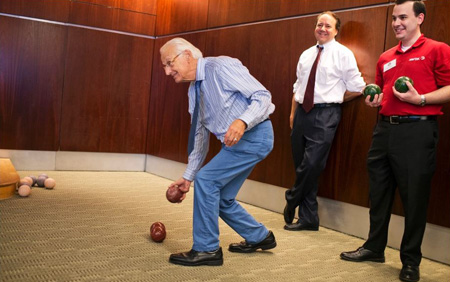 Bocce ball is one of the earliest known outdoor sports pastimes and played in more countries than any other ball game, excluding soccer. It dates back to 264 B.C. with the Romans and has evolved to a popular pastime throughout Europe, especially with countries with Italian migrant populations. During the 1970s, the game gained popularity in the United States. Since 1977, the United States has sent competitors to every world championship.