The Selection Committee is pleased to announce the grant recipients for The Russo Brothers Italian American Film Forum, an initiative to fund films depicting and exploring the Italian American experience for the benefit of future generations.

Anton Evangelista, whose film “Il Signor Jackson” chronicles the life and contributions of a remarkable African American with an Italian spirit. 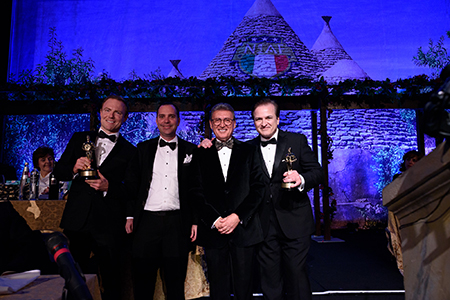 The Filed Afar: The Life of Fr. Vincent Capodanno by Tim Moriarty and Jake Ehrlich has been submitted for a film festival therefore it is currently unavailable for viewing.

Jeannine Guilyard, whose film “Return to Lucania” tells the story of the early 20th century Italian immigrants, the conditions they fled, and what the land they left has become today.

In the Mood in Our Own Way

Luca Martera, whose film “In the Mood in Our Own Way” explores the history and influence that Italians and Italian Americans have had on music in the U.S. for the past 200 years.

Cannoli, Traditions Around the Table

Andrea Cordaro, whose film focuses on food as a connector between ourselves and our ancestors, specifically through the history, spiritual significance, and evolution of the cannoli.

Nina Ignaczak, whose film “Speaking Sicilianu” relays the predicament of Sicilians and Sicilian Americans who find themselves in a changing world, struggling to reconcile their rich ethnic history with their current reality of assimilation.

Laura Magone, whose film “Raising the Bar” tells the quintessential Italian American success story of two brothers born to immigrant parents who could not read or write, but who still managed to teach the life lessons that would help their sons excel and eventually make extraordinary contributions to our country.

Where Are We Now? The Italian American Today by Richard Vetere has been submitted for a film festival therefore it is currently unavailable for viewing.