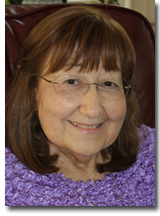 Born in Capri, Italy, Templeton spent much of her early education in the United States and returned to Italy in 1961 to attend medical school. Upon her return to the United States for her post-graduate training at the Medical College of Virginia, she met her husband, John M. Templeton Jr. After a residency in anesthesiology at the hospital of the University of Pennsylvania, and a fellowship in pediatric anesthesiology and critical care at the Children’s Hospital of Philadelphia, she accompanied her husband to Virginia while he was stationed in the Navy. Templeton then returned to Children’s Hospital in Philadelphia as senior clinical anesthesiologist. She retired from medicine in 1999.

Her involvement in philanthropic and community activities are numerous. She serves as a trustee of The John Templeton Foundation, and a member of the boards of Templeton Press, The Museum of American Revolution, and the Scholarship Foundation of the Union League of Philadelphia. She has served as a former board member of The Opera Company of Philadelphia, Opportunity International, and the Ladies Committee of the Salvation Army. Templeton was honored by the Salvation Army in 2005, and together with her husband, John, received the 2006 Heroes of Liberty Award by the National Liberty Museum.